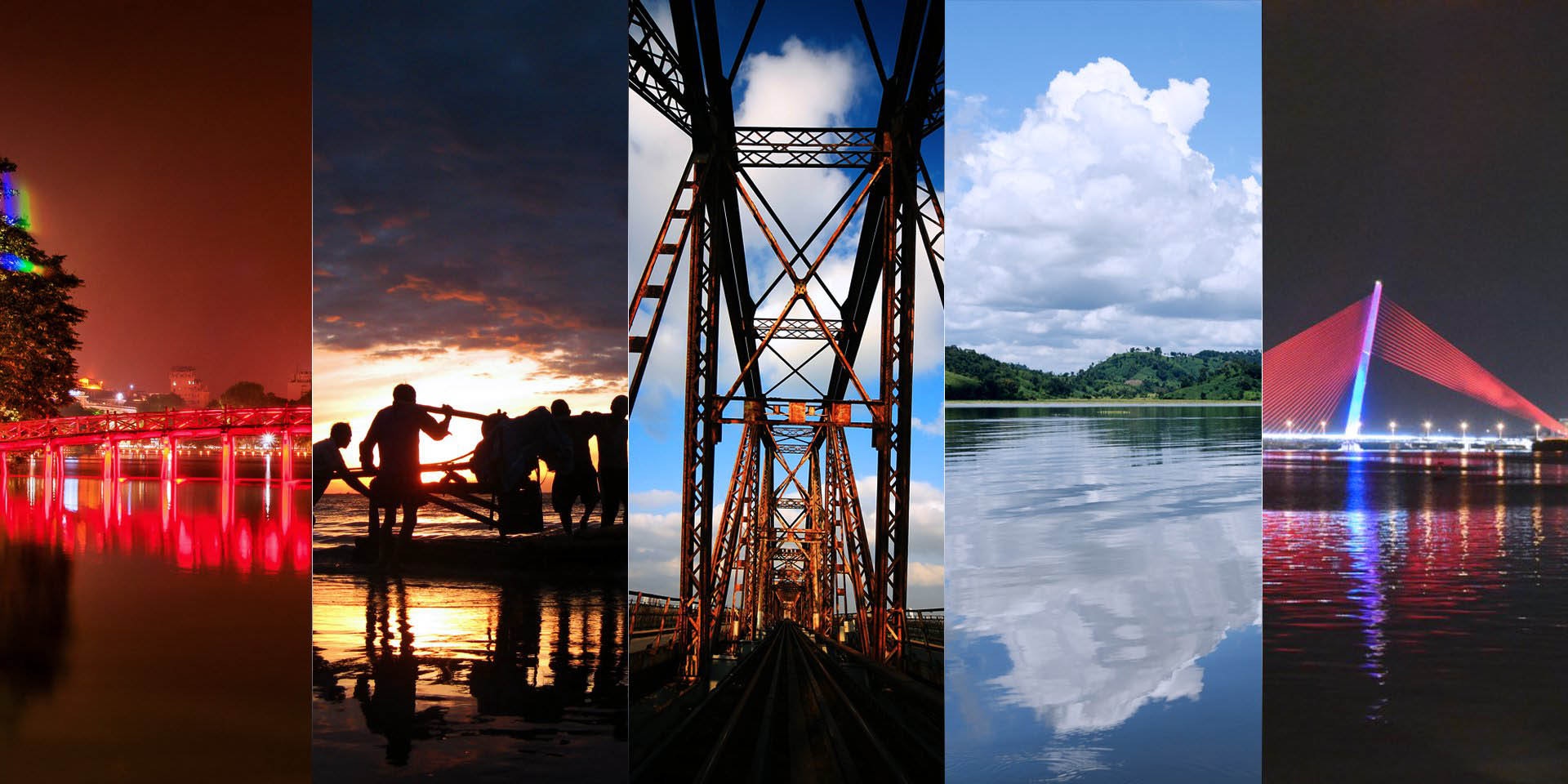 Home, as Photographed by Pixelz Staff

To keep us all connected, we run a quarterly internal magazine. In a recent issue, we asked staff from Hanoi and Da Nang to submit photographs they’d taken that make them think of home. We were so blown away by the images we received that we wanted to share them with a broader audience, so we reached out and asked permission. Below are five of those images, with notes from each photographer about their inspiration. Enjoy!

(Photographer notes have been translated from Vietnamese.)

“This picture I took quite a long time ago while walking in Da Nang sightseeing at night with some former colleagues. Da Nang City, where I live, has a lot of beautiful scenery — it is known as the city of bridges, and seeing those bridges at night is great.

These are photos I took of one of those bridges. I took the image of the Tran Thi Ly Bridge, a new bridge that was built to replace the old bridge, named Nguyen Van Troi Bridge. I thought the bridge looked so beautiful, like a sail in winds out at sea, alone in the peaceful night sky.

What I like most is that the photograph reflects the image of the city at night: sparkling, peaceful, modern, but not too busy or bustling.”

“The photo was taken in Tien Trang Beach where I was born. It is a pristine beach in Thanh Hoa.

I photographed this on a summer morning at dawn, when the fishermen were preparing to set sail on their boats with their fishing nets. I asked them to take some pictures, they laughed and agreed, so I took a few shots of them. I like shooting landscapes, and especially humans between natural and labor.

The seafaring fishermen resulted in me capturing a really wonderful moment. What I like most in the photo is how small fishermen look very strong against the vast seas, and they do their job very well in groups and always help each other.”

“This is a picture that I really like, because it reminds me of when I was living in Hanoi. I was very fond of walking around the street taking pictures of life, the night lights, etc.

After a walk around the Old Quarter, I stopped around Hoan Kiem Lake. It was a weekend, so many people were walking around it and I joined them. I suddenly noticed one great scene looking toward the Huc bridge, and the color of the light surrounding Huc bridge made me extremely excited, so I stopped at one of the the most beautiful corners of the lake to setup my camera.

I took 3 different pictures from different angles and then I used Lightroom to edit the image. My favorite thing in this picture is it was the first time I recorded a special moment of the bridge, which is a special feature of the city and for the people of Hanoi, Vietnam.”

“I took this photo at Long Bien Bridge, which is across the Red River, on a very sunny beautiful afternoon. Long Bien Bridge is an old bridge that is considered very historic and has left an imprint on the hearts of the people of Hanoi for hundreds of years.

The layout of the picture is a contrast between the past (the old bridge and rusty traces of time) and the future (blue sky). Contrast is always important, and every photographer is always looking to capture those interesting contrasts, so I feel lucky to have captured this photo.”

“I took the picture of Lak Lake when travelling to Dak Lak, September 2015. My mother has a friend there and we visited him. I like the lake because it’s peaceful, with a lot of lotus and floating flowers in the water. The air and the landscape is so beautiful. You can see the clouds and the sky clearly there, unlike when you are in a city like Hanoi. I just thought it was beautiful with the clouds reflected in the water.”

Hey there! My name is Aaron Horwath and I am a Content Manager here at Pixelz. You'll find my insights into Pixelz' products, company culture, and industry here on the blog and over on our Facebook and LinkedIn pages. If you have an idea you'd like to pitch feel free to contact me directly so we can chat!
Pixelz