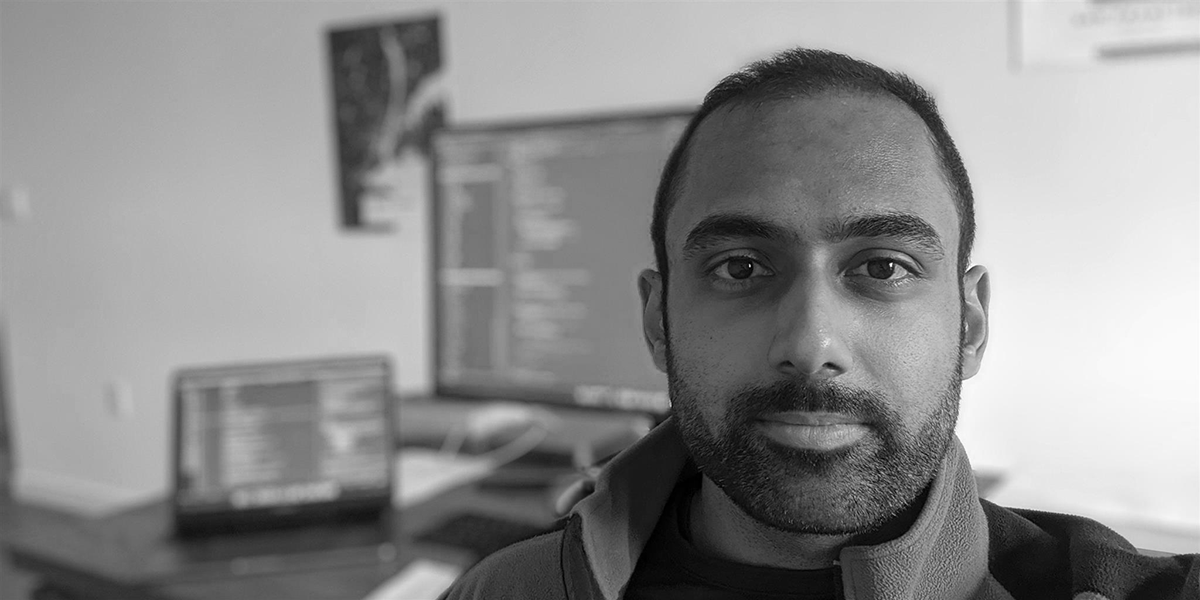 Sahil Gupta is the founder of Spase.io, a 3D modeling service that builds 3D models of products for e-commerce merchants for use in Augmented Reality and Virtual Reality enviornments. Spase.io is also a certified expert on the Shopify Expert platform.

Few things can claim to double your conversion rates.

But Augmented Reality(AR) is one of them.

At this year's Shopify Unite 2019, Shopify shared that customers are twice as likely to make a purchase if they can interact with a product in an AR environment. The ability to twist, turn, zoom, and view a product in a realistic environment builds a critical sense of trust with customers that helps drive sales. So much so, in fact, that Shopify announced this year that all Shopify merchants will have access to AR functionality for their stores.

But how the heck do you actually use Augmented Reality for your own store and products? How do you get a 3D model of your products made for customers to interact with?

Spase.io, founded by software engineer Sahil Gupta, provides an easy solution for creating 3D product models for e-commerce retailers. We had a chance to speak with Gupta about how Spase.io came about, how the service works, the power of 3D modeling in e-commerce, and what the future of Augmented Reality might hold.

Let’s start with Spase.io’s origin story. How did you get involved in 3D modeling?

I started in software. I spent 2018 at Tesla as a software engineer at the Fremont factory.

That was during the months of “production hell” when the company needed to build a ton of Model 3s under really intense pressure. I saw first hand how, when Tesla needs to do something, they just do it. For example, we needed more space to make Model 3s, because the factory was running out of space, so we built a tent behind the factory and started an assembly line there. And it actually worked.

Watching that first hand inspired me and showed that there’s really no magic involved with success. It’s just doing the hard things over and over.

Meanwhile, I was paying attention to what was happening in the world of 3D software and I wanted to get involved. So I left Tesla to work on an idea I had for a 3D calendar.

Use the most popular, most reliable, most efficient product image editing company in the world.

So 3D modeling was something you were already interested in?

I knew I wanted to get involved in 3D software because, after time at Microsoft, Tesla, and SpaceX, it seemed clear software was heading in that direction, especially with graphics processors becoming more and more powerful every year.

I created a prototype of the 3D calendar idea, which was originally called Spase.io (now moved to https://zedtime.live), but after building the demo, and watching people use it in real life, it became clear a 3D calendar wasn’t actually useful.

But in the process, I learned about 3D tools for the web, and this new standard for 3D models called glTF. It was a universal format that was lightweight, photorealistic, and worked with AR. And then I saw that Shopify was moving forward with AR for products and they were looking for partners to make 3D models.

Nobody had figured out how to make these models at a really high quality standard and with any reasonable volume, so I decided to do it. And that’s how Spase.io went from the calendar to 3D modeling.

How did you become a Shopify Expert?

In June I flew to Toronto for the Shopify Unite 2019 conference. I got extraordinarily lucky and had the chance to meet Daniel Beauchamp and Dan Meeking, who run AR at Shopify. I gave them a demo of what Spase.io could do with 3D models and from there they gave me a spot on the Shopify Expert list.

That was a big turning point.

I am sure it helped to have a company like Shopify supporting the technology.

Definitely. And the whole tech ecosystem is helping out too. The glTF file type is getting support from Microsoft, Facebook, and Google. And, of course, Apple has their own format (USDZ) which we make models for too.

So how does Spase.io work? What is the process for me to get a 3D model created of my product?

To get a model, you can send Spase.io a link to your product page, and we’ll return you the model in three days. Ideally, your product page has four to five product images. We then read the images from your page and the dimensions of the product.

That's all you need? Just the product page with images?

Yep. I wanted to design a system I would want to use. We also just launched a dashboard so shop owners can see all their models and variants, which maps 1-to-1 with Shopify products and variants.

From the modeling side, though, it’s quite hard. I walked into this really underestimating the difficulty. The modelers I work with have a particular kind of genius with geometry that nobody has really paid attention to until now. But we are building up our knowledge over time and building internal tools to solve common problems.

And your 3D models are different than something like the 360-degree rotation product images that some sites support?

Yes. What those companies are doing, which is also challenging, is that they are taking dozens product images and then putting them into a friendly viewer. But there’s no sense of depth. It’s not a 3D model.

The Power of 3D Modeling in Product Imagery and E-Commerce

What is the advantage of using a 3D model rather than just the 360-viewer?

One is that 3D models can be seen in AR. That isn't possible with only a folder of images.

The other advantage with a 3D model is that you can take infinite photos. You can put your product in any virtual room or enviornment, with any lighting, even on a model of a movie set, models within models, and then render a photo. So once you have the model, you can capture any photo you can imagine. Since you’re making photos inside the computer, you can shoot additional product shots weeks or months later.

Allowing customers to view products from every angle and even interact with them in an AR enviornment is the future of product photography.


At Shopify Unite 2019, Shopify said that customers who interact with a 3D model of a product are twice as likely to make a purchase. From your perspective, what is it about that interaction with a 3D model that has such a profound effect on increasing conversions?

I think photorealism is a big reason. These models have what’s called Physically Based Rendering (PBR) textures and these PBR textures reflect light in the same way that a real object would. This means that the product doesn’t look cartoonish. It actually looks real.

In a sense it is more real than a photo because in AR the model is rendered based on the quality of the light of the room you’re in.

And then, the ability to place the model in a virtual room is a big deal. There’s a sense of presence: you can spin the model around, zoom in on it, and interact with it which is fun.

Anything that’s rigid or holds its own form works well. So that could be a pair of shoes, a watch, or an iPhone case. Furniture too. The things that don't work well are things that deform when they fall, like clothing. But we are working on clothing on mannequins right now, so we should be able to do clothing pretty soon.

The Future of Augmented Reality

Finally, where do you see AR going in the next 10 years?

I think we might stop using the term Augmented Reality and it will just be part of life. Like electricity. It just works, but nobody talks about it. It may look a bit like Harry Potter: we may end up wearing glasses that project interesting shapes and colors and objects into our field of view and then we use a pen that functions like a wand and we can issue spells which underneath are voice-to-text apps.

Hey there! My name is Aaron Horwath and I am a Content Manager here at Pixelz. You'll find my insights into Pixelz' products, company culture, and industry here on the blog and over on our Facebook and LinkedIn pages. If you have an idea you'd like to pitch feel free to contact me directly so we can chat!
Pixelz

Our customers love us!